Texture: Quite soft and kind of mushy. So soft it was hard to slice.

Method of preparation: Sample from can.

Comments: From Canada. Side winder can, with newer flat key,
not as safe as pop top. Aside from the updates and stylized "ML" label,
this is very similar to, and is probably an update of, #30.
Peculiar taste, not bad, but kind of corn-beefy, quite different from
the typical Spam.

As I was eating a slice trying to figure out why this stuff was so
different, it hit me -- this stuff was kind of like the spam I picked
up in China, and what made the Chinese spam different was that it was
not all meat, which gave it a mealy texture.

Ma Ling has been doing this for a while, but it is usually better
disguised. There was less concern about my health while eating it
because it is from Canada rather than China, but somehow I can't help
feeling that the Canucks have let us down.

Overall Rating: Okay, but not a favorite. 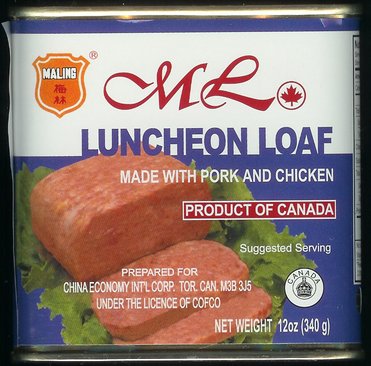 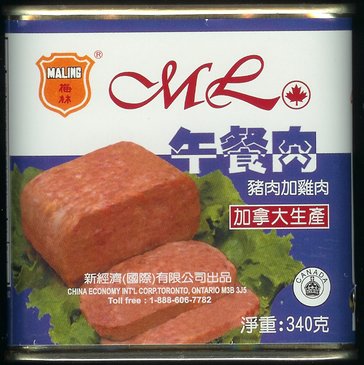 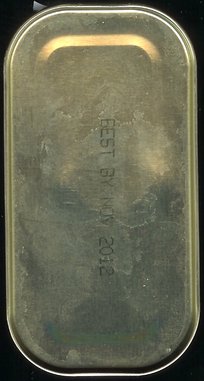 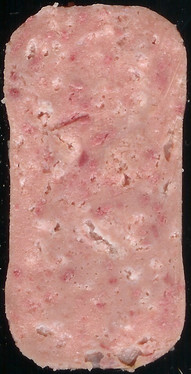 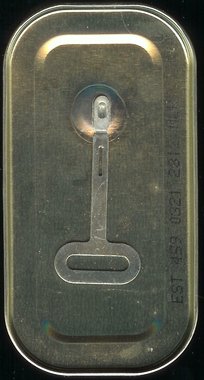 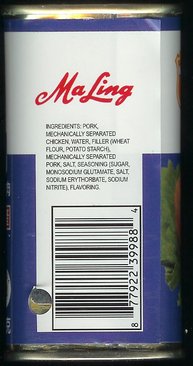 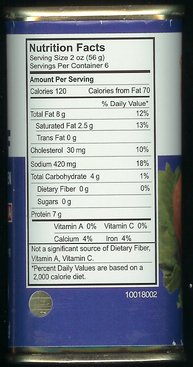